On Tuesday I discovered you can hear yourself brushing your teeth. It’s not quite disturbing, but this type of epiphany startled me. I’ve been brushing my teeth my entire life and I never noticed the sound of brush on teeth. What makes it even more interesting is the difference in the sound depending on what part of your teeth you are brushing. For me, when I’m brushing my upper back teeth, the sound is so much louder than when I am brushing the lower back teeth. It’s also a little more hollow than when I brush the front teeth. I know, right?

My dislike for Amazon keeps growing and growing.

On Thursday, I turned on the turntable and listened to the soundtrack for Grease on vinyl. It was a glorious sound. The next day I could not stop singing, You’re the One That I Want, getting particularly animated at the Oo oo oo parts.

Here is a picture I took on one of the photo filter thingies.

My son has a weird dance he does that makes me laugh every time. Sometimes, though, I’m not sure if his dance is funny or lewd. Either way, it is entertaining

I’ve been complaining about customer service a lot lately. I just don’t feel that most people in customer service understand that the easiest way to diffuse the temper of an angry customer is to actually act like you care about their problem.

Every time I shave, I look in the mirror for several seconds. That’s not too unusual, until you consider I do it as if I am Steve Perry from Journey in the video Faithfully just before he shaves off his mustache. Sadly, I can’t sing like him and the closest I can come to actually growing facial hair is akin to mimicking a porcupine’s bristles. 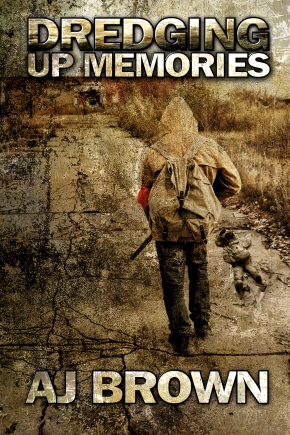 As much as I loathe Amazon, another author made a very good point in a discussion on social media. She said having your books on Amazon gives you credibility with the reading populace. I thought about this and I believe she is right. How many times have I been asked if my books were on Amazon or available for Kindle? A ton. So, I may not care much for Amazon, but it has become a necessary evil for the authors on the lower to middle of the totem pole. With that in mind, I shamelessly plug my Amazon Author Page. Check it out, purchase a couple of books, read them, leave a review. Please.

I think there needs to be a new law passed concerning elevator etiquette. I believe if you are a violator of certain unwritten rules (which I will write here for you) of elevator etiquette, you should get crotch punched by everyone on or waiting for the elevator.

(DISCLAIMER: this is all in good fun. Please, don’t take any of it seriously. It’s a joke. Laugh a little.)

If you are a man and you step in front of a woman to get on the elevator instead of holding the door open for her, you should get crotch punched. Don’t tell me your defense to that bit of douche baggery is because of women’s rights. It’s called respect. If you can’t show it for a woman, then you deserve to get your junk punched.

To go with that, if someone is already in the lobby when you walk up and the elevator door opens and you step in front of the person (or people) who were there first, you get a swift jab to the boys and then you get dragged off the elevator so you can wait your turn.

If you get on the elevator and then hold the door open for fifteen other people who aren’t even close to the elevator, you should get your crotch punched. Speaking for myself, I don’t do well in small, cramped places with a lot of people. I’m not claustrophobic at all. I just don’t like people that much to stand arm to arm, butt to crotch close to people. It’s one thing if there is someone right behind you. It would be rude if you closed the door on them, but for those people who are off in the distance, let the door close.

On the same token, but the other side, if you are the person who hits the CLOSE DOOR button several times once you get in the elevator, you should get your crotch punched. No, I don’t want you holding the door for every Tom, Dick and Harry off in the distance, but dang, how about just letting the door close on its own, Mr. Impatient.

If you fart on the elevator, you need your junk punched several times. Period.

If you fart and then get off the elevator, everyone on there with you should be allowed to go back to the floor you got off on, hunt you down, pin you to the floor and punch you in the crotch. We don’t want your dust cropping, thank you very much.

If you get on the elevator and do not move to the back of the car so others can get on, yeah, you get your junk punched. On the same hand, if you stand by the buttons that people need to press and don’t move or, at the very least, offer to push the button for the floor they need, you get punched in the family jewels.

If you can’t say excuse me when you bump someone with your hand cart, briefcase, shopping bags, box or whatever, yup, you guessed it, a good old crotch punch is in your future.

If someone holds the door for you and you don’t have the courtesy to say, “Thank you,” get ready to double over.

If someone says ‘hello’ to you on the elevator, please don’t be rude and say nothing or grunt or roll your eyes. It’s a ‘hello.’ There is nothing committal in responding in kind. Yeah, I know some folks might say they don’t have to talk to anyone if they don’t want to. You are correct, but I reserve the right to junk punch you if you are rude when someone greets you.

If you try to get on the elevator before everyone has had a chance to get off, you need your crotch smacked. It’s simple: Don’t get on until everyone else is off.

There are others, but these are the ones I experienced in the past week. I’m sure I will amend this by the end of next week.

My favorite Metallica song is I Disappear.

One last thing: if you are receiving snow, make me a snowman. I live in South Carolina and in the half of the state that never gets snow, so I live vicariously through you.

As always, until we meet again my friends, be kind to one another.

(Now, go and brush your teeth. You know you want to.)